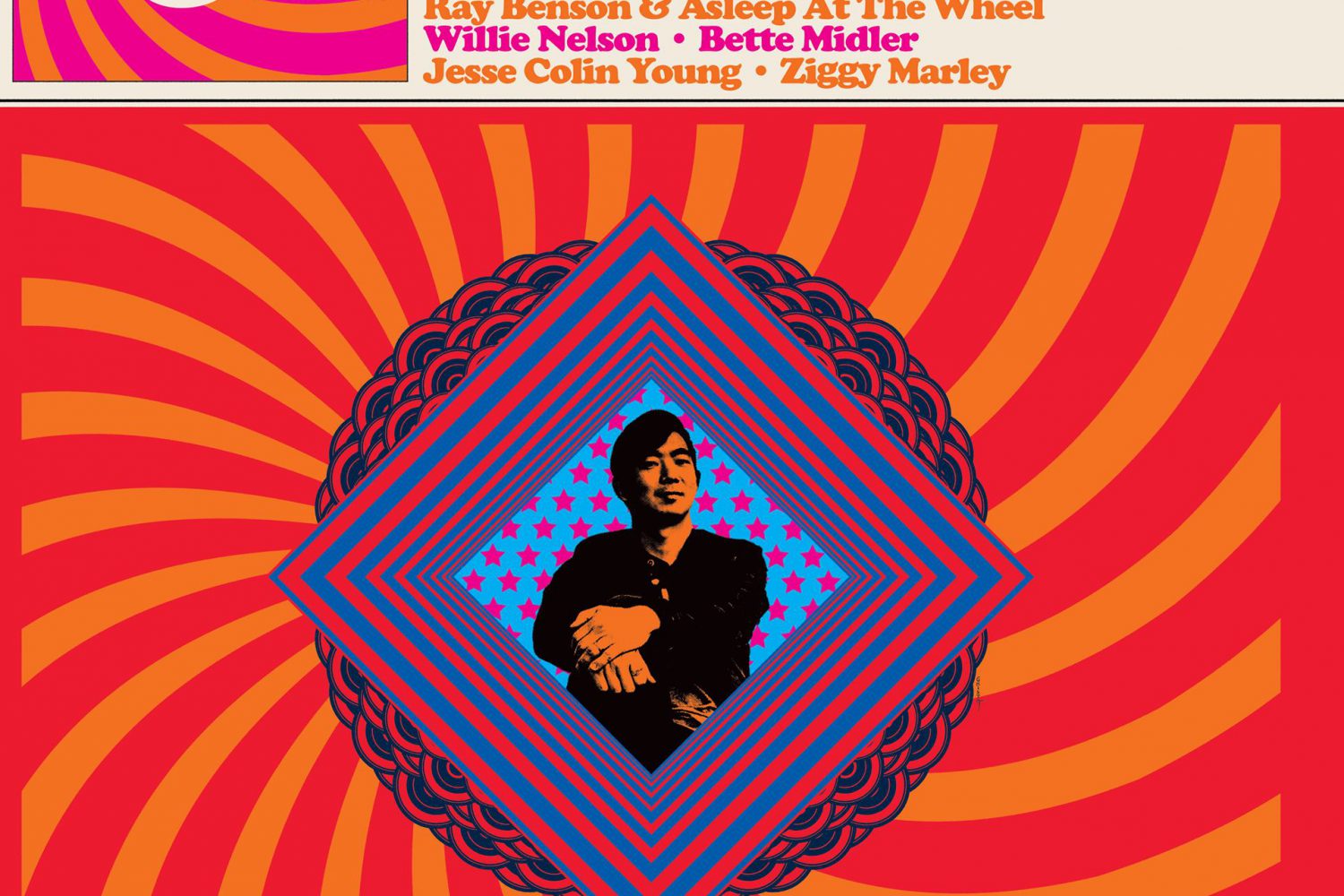 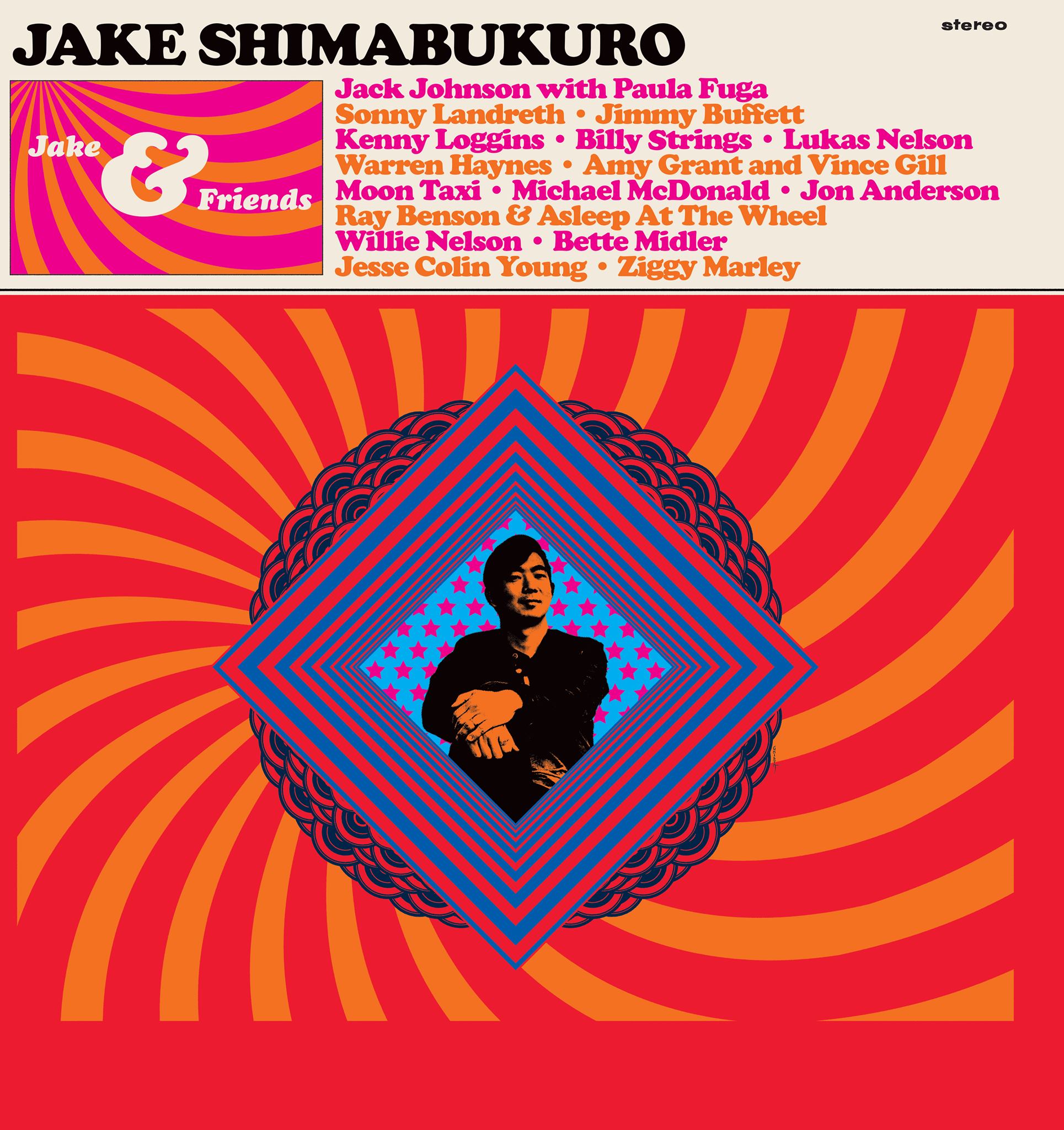 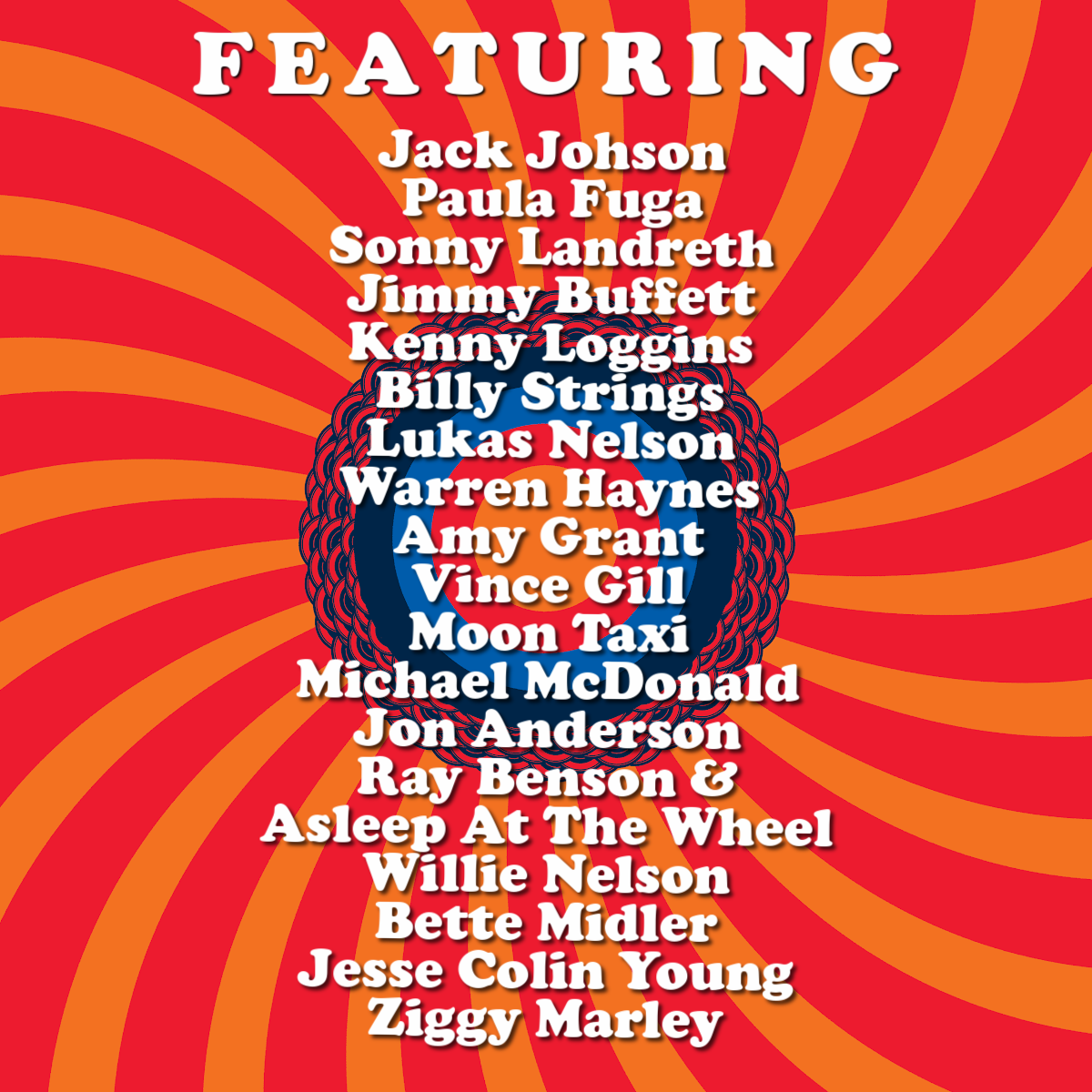 Go behind-the-scenes with Shimabukuro and Billy Strings during the recording of their all-instrumental duet, “Smokin’ Strings”

Shimabukuro is touring the US this fall/winter. For a full list of dates and to purchase tickets visit https://jakeshimabukuro.com/ 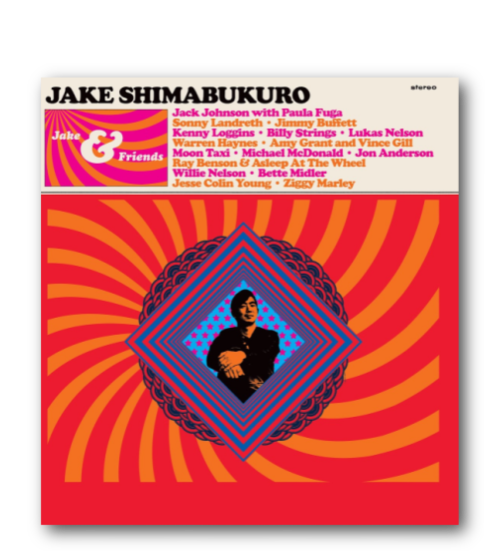 Today, the acclaimed Hawai’i-born ‘ukulele player Jake Shimabukuro releases ‘Jake & Friends,’ his most creatively ambitious project to-date, featuring collaborations with a who’s who of music royalty, from Willie Nelson and Bette Midler to Jimmy Buffett and Kenny Loggins. In terms of size and scope and considering the sheer number of legendary stars who graciously loaned their inimitable talents to the project, ‘Jake & Friends’ can only be compared to other benchmark duets albums by the likes of Frank Sinatra and Tony Bennett, a shining testament to just how far the singularly gifted Jake has come. “I am so grateful for the experience of putting together this project,” Shimabukuro says. “When we first started discussing the possibilities of this album, I thought it would never happen. The album could’ve easily been called ‘Jake and Dreams Do Come True.’ It was such an honor to work with all of these iconic and influential artists.

To celebrate today’s release, Shimabukuro is sharing exclusive behind-the-scenes footage of the recording of ‘Smokin’ Strings’ with bluegrass guitar sensation, Billy Strings. In the all-instrumental track, a lilting, elegant dance suddenly explodes into a red-hot hoedown. “Working with Billy Strings was an amazing experience,” Shimabukuro recalls. “He is such an incredible improviser and plays with so much conviction. The track on the record was actually our rehearsal take. We didn’t even know we were being recorded yet. The recording truly captures us in a very organic way, not overthinking – and just having fun. We tried a couple other takes, but that rehearsal take had all the magic. I’m so thankful our engineer hit the record button.”

Jake’s own head spins when looking over his high-wattage guest list featured on the album – Willie Nelson, Bette Midler, Jimmy Buffett, Moon Taxi, Kenny Loggins, Michael McDonald, Vince Gill and Amy Grant, Jon Anderson, Ziggy Marley, Warren Haynes, Jack Johnson, Jesse Colin Young, Ray Benson & Asleep at the Wheel, Sonny Landreth, Lukas Nelson, Billy Strings. “I have to pinch myself when I see those names on my own album,” he says. “It’s like, ‘Did that really happen?’ Making the album was a real challenge, but I’m deeply honored that all of the artists agreed to record with me.”

Over the past two decades, Jake has proved that there isn’t a style of music that he can’t play. While versatility for any musician is impressive, what’s remarkable about Jake’s transcendent skills is how he explores his seemingly limitless vocabulary – whether it’s jazz, rock, blues, bluegrass, folk or even classical – on perhaps the unlikeliest of instruments: the ‘ukulele. Responding to the urgent calls of his fervent imagination, Jake has taken the ‘ukulele to points previously thought impossible, and in the process he’s reinvented the applications for this tiny, heretofore under-appreciated four-string instrument, causing many to call him “the Jimi Hendrix of the ‘ukulele.” 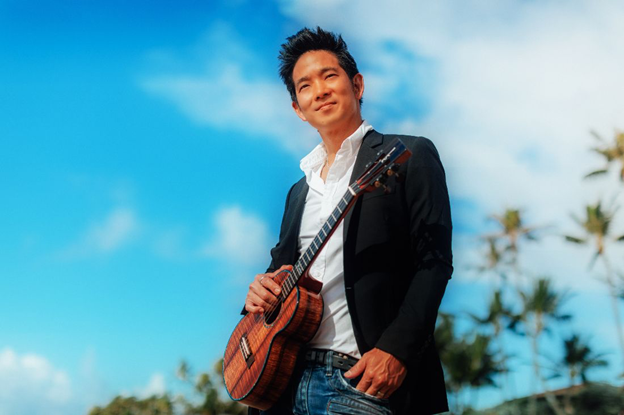 Jake’s incredible journey has taken him from local phenom to YouTube sensation, from playing tiny clubs to headlining the world’s most prestigious concert venues like the Hollywood Bowl, Lincoln Center and the Sydney Opera House. He’s performed on the biggest TV shows and has released a string of award-winning, chart-topping albums. Just recently, he was nominated by President Joe Biden to serve as a Member for the National Council on the Arts. It’s fair to say that Jake has picked up more than a few admirers – millions of them, actually – but it wasn’t until he began his latest album that he discovered how many of his fans were, in fact, his very own musical heroes.

Four years in the making, ‘Jake & Friends’ started out with a modest idea of featuring perhaps two or three guest stars, but the concept quickly grew. Willie Nelson was the first artist to take part, and significantly he chose his signature song, “Stardust,” which he first recorded over 40 years ago. The uniquely sublime pairing yields magical results – Jake’s delicate ‘ukulele lines form an intimate foundation for Nelson’s achingly beautiful vocal. “I was so nervous the night before we cut it,” Jake admits, “but Willie put me at ease right away. I think once we got that cut finished, I was ready for anything that came next.”

‘Jake & Friends’ is bookended by two tracks sure to cast beatific spells on listeners. There’s “A Place in the Sun,” a hit for Stevie Wonder in 1966 (and the first time he featured social commentary in a song), which was suggested to Shimabukuro by his chart-topping friend and fellow Hawai’i-born Jack Johnson. With Shimabukuro’s whimsical ukulele playing supporting them, Johnson and guest vocalist Paula Fuga absolutely sparkle. For the album’s luminous closer, there’s the timely and timeless “Get Together,” which Shimabukuro performs alongside

Jesse Colin Young, who with his band the Youngbloods turned it into a worldwide anthem of peace, love and unity in 1969. “It was really special recording this song with Jesse,” says Jake. “Obviously, I’m too young to remember ‘Get Together’ when it first came out, but it’s been an important message through the years, especially today.”

“Looking back on it all now, it feels like a dream,” Jake says with mixture of pride and relief. “I grew up fantasizing that one day I might be able to meet my musical heroes, and here I am on my own record playing with them. That’s remarkable beyond words. I’m so fortunate to have had this experience, and I can’t wait for people to hear it. I think they’re going to be able to tell that I’m having the time of my life.”

Shimabukuro is currently in the midst of a coast-to-coast US tour. See below for a full list of dates, and to purchase tickets please visit https://jakeshimabukuro.com/

December 6 – Craterian Theater at the Collier Center, Medford, OR